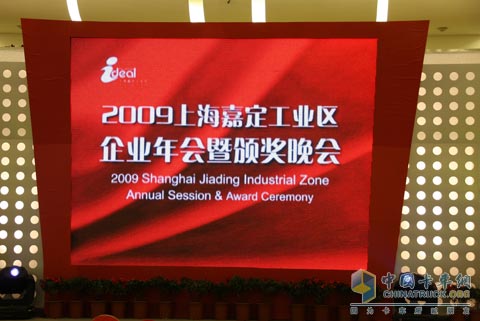 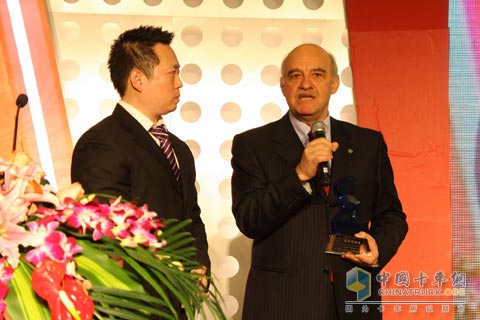 Similarly, in the classic and efficient FPT Fiat Power Technology Shanghai R&D center project, Mr. D'Agatti, who has served in the Fiat Group for more than 30 years, has been adhering to the speed and passion of Fiat. During the preparatory phase of the R&D center, he has visited more than 100 construction sites. The mature industrial park in Jiading, Shanghai, and the strong support of the local government made the FPT decision-makers turn their attention to Jiading. As the driving engine of FPT Fiat Dynamics' rapid development in China, the Shanghai R&D Center focuses on basic and forward-looking R&D of the powertrain system and represents the most advanced technology and application capabilities of FPT Fiat Power Technology. The R&D center took only a short period of one year from site selection to completion. It was rated as first-rate speed and first-class efficiency. This fully demonstrated the support of the Jiading government for the settled companies and Mr. Dagogaoâ€™s operation in the project. The outstanding ability and personal charisma, as he is good at interpretation of the most challenging Italian opera tenor role.

The award was also another confirmation given by the Jiading District Government following the award of FPT Fiat Power Technology's â€œBest Potential for Development of the Yearâ€ in January 2008. The jury believes that FPT Fiat Shanghai R&D Center will target the Jiading Industrial Zone and its surrounding automotive industry. The development of the chain plays a positive role in promoting.

â€œThis is a classic case. The rapid development of the company is well coordinated with the support of the local government. Our R&D center has actually completed the approval and construction within 9 months,â€ said D. Gao, General Manager of FPT Fiat Power Technology Shanghai R&D Center. The gentleman said. "I am very happy to be able to obtain this kind of affirmation."

During the Beijing Olympics in August, FPT Fiat Power Technologies provided 4,350 sets of green and environmental-friendly engines to Beijing Bus Company, which contributed to the Olympic Games' first-time contribution to the â€œzero emissionâ€ of traffic in the central area of â€‹â€‹the Olympic Park. Of the 4,350 engines, including 2,900 leading-edge diesel engines (N60 ENT C SCR, N60ENTC and C78 ENT C) and 1,450 compressed natural gas engines (N60 ENT G), 800 of them are used to transport athletes during the Olympic Games. , coaches, reporters and officials from overseas delegations. The users responded favorably to the engine provided by FPT Fiat Power Technology. No malfunctions occurred during operation, giving passengers a clean and safe ride. Beijing Bus Company has awarded the â€œExcellent Partnerâ€ banner to this end to encourage the contribution of FPT Fiat Power Technology to the Green Olympics.

In December in Beijing, China Automotive News and FPT Fiat Power Technology jointly organized the "FPT Fiat Power Technology Cup China Automotive New Energy New Technology Gold Medal Awards" ceremony. With the theme of "innovatively stimulating the green future", the two companies jointly set up a platform for display, dissemination and exchange for enterprises, demonstrating the use of environmentally friendly new technologies, new materials and adaptations in the development and production of automobiles and related spare parts products. The new research and development achievements of new energy demonstrate the "green style" of auto companies under new conditions and new challenges, as well as the new competitiveness they possess through technological innovation and industrial upgrading.

Honor represents the year's harvest, but it is also the courage to move forward. With the upcoming full-scale operation of the FPT Fiat Power Technology R&D center in Shanghai, continuous promotion of local projects and active participation in the development of China's auto industry, FPT Fiat Technology has opened a new chapter in China in 2009. Technology will continue to innovate in products, enthusiasm for environmental protection powertrain R & D, and the pursuit of customers and employees satisfaction, show the brand essence of FPT "power from creativity", and actively promote the development of China's auto parts industry.