Recently, the Ministry of Industry and Information Technology organized an expert review of the second batch of supplemental liquidation application materials for 2016, and formed the Preliminary Review Report on Supplementary Liquidation Audit of the 2016 New Energy Vehicle Extension and Subsidy (Second Batch). According to the analysis of these materials, Cui Dongshu, secretary general of the National Passenger Vehicle Market Information Association, pointed out that the number of subsidies for new energy vehicles in 2016 was still less than half of the current year's production and sales, which was mainly due to the â€œ30,000-kilometerâ€ restriction. The strict auditing standards are unfavorable to new energy passenger vehicles. This is a wrong concept that should be changed. 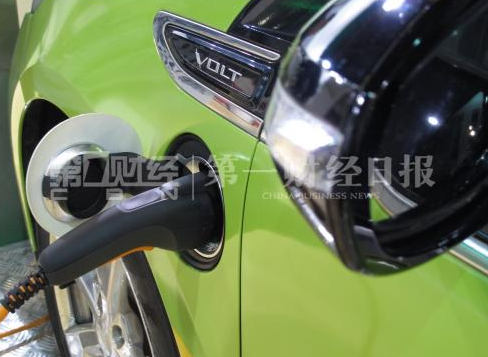 In order to allow the development of new energy vehicles to come back on track, the New Deal, which was delayed until December 30, 2016, targeted fraudulent subsidies: New energy vehicles purchased by non-individual users are required to apply for subsidies, and the accumulated mileage must reach 3 Million kilometers.

It has been controversial whether or not to subsidize, how much to subsidize, and how to subsidize new energy vehicles. As an emerging industry, new energy vehicles are generally considered to be driven at the start by subsidies and other incentive policies. Who knows, some companies drill subsidy policy loopholes, through the fictional production of new energy vehicles, sales, car shortages or idle vehicles and other unlawful means to obtain subsidies, and take the risk of entering the wrong direction. The results of the verification of the fraudulent incident in 2016 showed that the hardest-hit areas were mainly in the field of new energy buses that could receive subsidies of hundreds of thousands or even millions of yuan with one vehicle. Many companies such as Suzhou Jim West Bus entered the blacklist.

The setting of a 30,000-kilometer hard index can be plugged to a certain extent, especially for new energy buses with few individual users, but it also brings some side effects. Many new energy buses need 1 to 2 years at the fastest. New energy passenger vehicles that can reach 30,000 kilometers and are not used for private purchases and used mainly in taxis and other public sectors have also been hit, which has brought greater financial pressure on car companies. At the same time, 30,000 kilometers can not be closed loopholes, which is also worthy of discussion, the industry recently reported that individual new energy auto companies through the air running brush miles to defraud the state subsidies news.

There is no doubt that the new energy vehicle related policies will continue to improve. Subsidy adjustment is imperative, and even by 2020 it will face the fate of a complete cancellation. Sooner or later, new energy vehicles will shift from policy-oriented to market-oriented. The current batch of new vehicle-building forces and traditional car companies are gradually entering the field of new energy and will accelerate the process of marketization. For new energy vehicle companies that have been subsidizing Dongfeng, it is more important to improve their internal strength than staring at subsidies. Raising the energy density of batteries, increasing mileage, and reducing the cost of batteries and vehicles is a top priority. It is worth mentioning that, in 2016, with more than half of new energy vehicles still failing to receive subsidies, and with the subsidy falling sharply in 2017, the enthusiasm of auto companies for new energy vehicles continues to rise. In 2017, Chinaâ€™s new energy sources (7.810, 0.17, 2.23%) The automobile output was 774,000 and the sales volume was 777,000. The proportion of the total automobile production and sales further increased. This means that the reliance of car companies on subsidies has weakened and they are preparing for future subsidies for "weaning."

The real new energy automobile ring game will start from the moment when the subsidies are completely cancelled.

Power spinning is also called thinning spinning. Power spinning is a non-cutting processing method developed on the basis of ordinary spinning. When spinning, use the tail top to fix the blank on the mold. When the mold rotates, the rotating wheel makes a feeding motion, so that the blank continuously becomes thinner point by point and abuts against the mold to form a part of the required shape. Power spinning realizes the forming of the workpiece by changing the thickness and shape of the blank.
On airplanes, various nose covers, auxiliary fuel tanks, air intakes, gas cylinders, tie rods, slide rails, and actuators are all formed by spinning. In the engine, most of the propeller cap, casing, lip, intake cone, nozzle, nozzle, etc. are also formed by spinning. Such parts have complex structures, special raw materials, and large product sizes. The use of spinning forming can improve the integrity of structural components, reduce welds and component deformation, and reduce the workload of manual calibration. More importantly, due to the increased strength of the material after spinning, the design wall thickness of the parts can be reduced, thereby reducing the weight of the whole machine and improving the reliability of the whole machine.